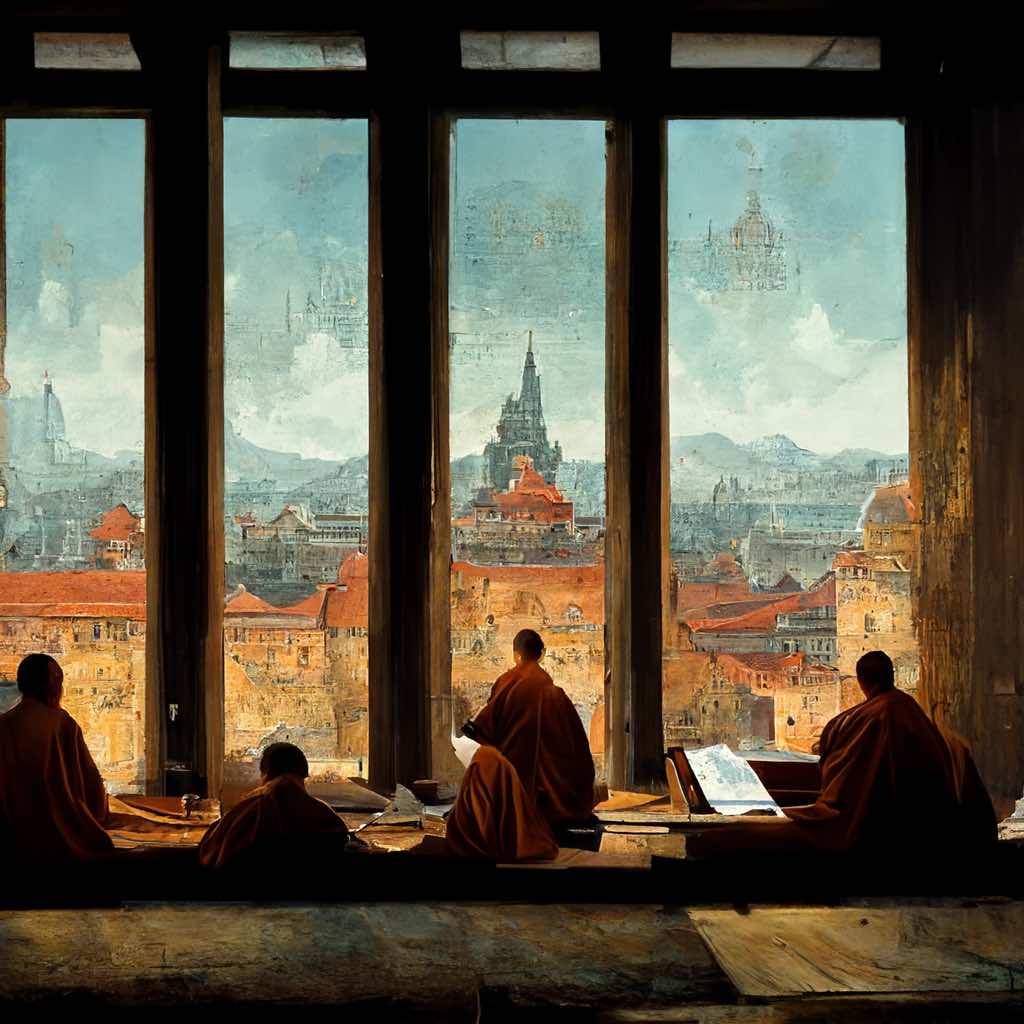 A colleague of mine recently expressed his view to me that “there’s nothing new under the sun.”

It’s funny — because I totally agree. Though, what’s peculiar about both of us sharing this view is that both of us are writers, and writing is a thing you typically do when you have something new to say. I mean, what’s the point of saying anything at all if it’s already been said before? What’s the point of being a ‘writer’ when nothing you could possibly write would be original.

These are things I believed for a long time. Increasingly, though, the emphasis on originality stopped being — original? As time went on, it became clear that the only kind of originality we were achieving was a superficial kind — some marginally interesting recombination of aesthetic influences.

So, it’s not possible to say anything new anymore — does that mean we no longer need writers? Absolutely not.

The notion of a writer being forced to produce original ideas is a very modern concept that soon, I think, will peter out. After all the initial function and purpose of writing was not to be generative and produce net-new ideas, but to encode and transmit the best ideas through time.

To store wisdom, societies need scribes. Monks didn’t learn to read and write to become original writers, they did it so they could translate and copy sacred or essential texts. The more copies of a text were produced, the more likely those ideas would survive and be accessible to posterity.

As I was thinking about the contemporary — digital — ways our knowledge is being stored for posterity — I came across this fascinating thread:

We are living in the Digital Dark Age.

99.9% of the world's information is stored digitally, and one day it might either be lost or inaccessible... pic.twitter.com/IhLP3IbSgh

Maintaining our information digitally through time requires lots of things to continue going right. The above thread examines a few potential ways that we might lose access to all the information we are currently storing digitally — and then what?

How much knowledge and how many important ideas would we stand to lose? Should we turn away from storing our data on servers and find a more durable solution to warehouse our knowledge? The books that the monks hand-copied did a good job of standing the test of time, as did writings etched into stone à la the code of Hammurabi — should we turn back to these mediums as our civilizational stores of knowledge?

I raised this question with a friend who offered a fascinating answer — the durability of the storage device isn’t what determined which information carried over into the present day. Rather, the encoding and repeated copying of information in the first place was the determinant of the knowledge that survived versus the knowledge that was forgotten or destroyed.

In other words, the stories that will survive are those that are shared. In order to have a more durable store of knowledge and wisdom, society just needs more scribes — working to copy over and transcribe history’s best ideas.

That’s it — the very simple task and role of the writer. It’s nothing fancy. To be a good and socially useful writer, you don’t need to be — and probably shouldn’t try to be original.

Being a valuable writer is just a matter of taking the ideas you think are most salient and preserving them with the hopes that someone else might come across them and pick up where you left off.

Thanks goes to Omar Rizwan and Santi Ruiz for discussions that spurred the writing of this post.